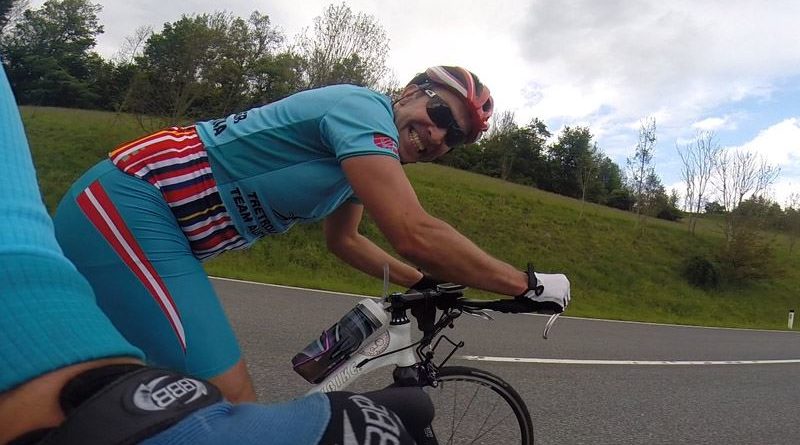 Austria team was successful! – Across Austria in 24 hours

Some ideas seem to be crazy just in the moment you hear them. One of these ideas was the challenge to drive across Austria from south to north. The man who uttered this idea was our friend Guido Pfeiffermann – footbiker from the Austrian team. 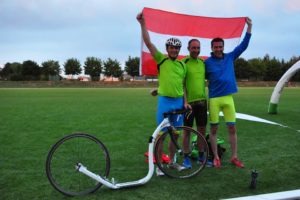 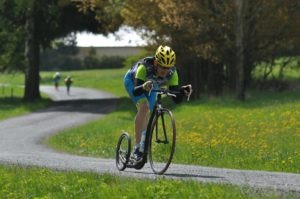 The action itself seemed to be very unreal. Shall we drive 405 kilometres through Austria in 24 hours? I couldn’t miss this action, I wanted to be the part of it and I accepted this challenge. The earlier date was set on the end of April but it had to be cancelled due to the bad weather forecast – and it emerged that the forecast was right. Only in Klagenfurt was a major snowfall that ended up in calamity.

We set the action to another date then – 15th – 16th may 2016. On this date, the action was finally made. And so it had begun. Firstly, we had to drive from Praha to Klagenfurt on Saturday morning. The escort car drives one of the Team Support members – Vladimír Pasek, father of David Pasek, a participant from Vienna. During the way there, we make a stop in Vienna and drink some coffee. And we load some other footbikes and participating footbikers. All are the partakers of this crazy attempt to drive this track in so little time.

The partakers of this expedition were ready to start on Sunday morning – David Pasek, Jurek Milewski, Guido Pfeiffermann, Zdeněk Valenta and Elleonor Michala Czakany. We load the footbikes, many supplies and snacks into the escort car – and so we are lead to the Slovenian border. 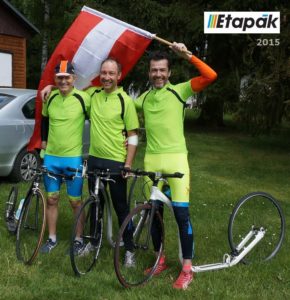 On the starting line, besides the racers, we can see two custom-made models with aluminium frames TRACZER, two models KICKBIKE and one brand-new carbon footbike with titanium reinforced board KOSTKA Cti – that’s my footbike. Given the fact that the footbike was fabricated and delivered in the last minute, I couldn’t familiarize myself with it in details, so I reminded the others that I might be slower while running downhill. The agreement was clear – they had to wait for me under the first long slope and then we had to continue further together.

Yet it didn’t happen. On the way down the first hill, there was only one damaged spot on the roadway – after hitting the spot, my flask fell down and I had to come back for it. So I lost the very important rapidity and after arriving at the first checkpoint, I felt very disappointed, because there was nobody waiting for me and Ella. Therefore, the chasing race began, the race which affected my temper considerably. I knew that the tempo we set for catching up the others would affect our physical condition badly and our attempt to finish the race in 24 hours wouldn’t be successful in that time. 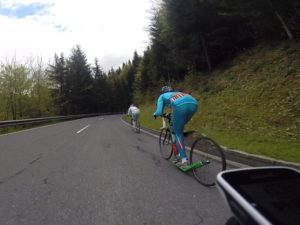 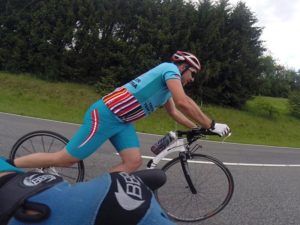 We take the opportunity to be brought closer with the escort car but then we met another downward slope with additional complications, so we lost our Team again. Thus we tried another chasing race which lasted to 2 a.m. We still couldn’t reach the Austria Team and the roaming on the roads during the night exhausted us as well.

After that, I joined the Team Support. I didn’t know how much I drove altogether but I noticed that only one person in Support Team isn’t enough. This person had to be of assistance to all for the whole night. Yet he became also very tired, so I decided to stay with Vladimír in order to help him not to fall asleep and do not let the expedition’s success be threatened. 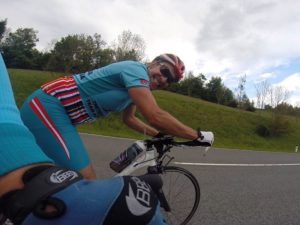 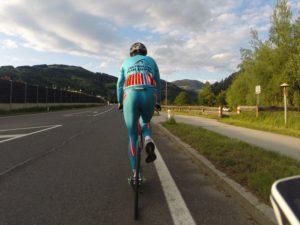 Austria Team remained the last on the track. They became also very tired – after all, it was very cold around the morning, about 1°C. It was raining and occasionally some snowing appeared as well, the road was very wet, but the boys were holding on. They still drove forth. We finally started to believe that it’s really possible to do it. On the Monday morning we found a café where (although it was a holiday in Austria that day) the footbikers drank a hot drink and after that, they rode further. They rode the whole day and Ella joined them during that, she wanted to support them and drive to the finish with them. And this really happened several hours later during the afternoon – despite the tiredness and pain it was possible to see in their faces, the delight and joy was immeasurable and all were very happy.

They achieved it: David Pasek, Jurek Milewski and Guido Pfeiffermann had reached the finish even with some time remaining and their counters showed 406 driven kilometres. Austria Team managed that. Congratulations!